The tumulus of Saint Michel was built around 4500 B.C.

Due to its dimensions (125 meters long, 60 meters wide and 12 meters high), it is a giant that towers the whole region of Carnac.

The first diggings in 1862, with a series of vertical wells, crossed 8 meters in depth to reach the upper part of the funerary crypt in which magnificent furniture were discovered. A first dolmen was found, then, in the centre, the main burial vault surrounded by approximately 15 graves.

It contained various funerary objects, whose majority is now exhibited in the Prehistoric Museum of Carnac.

It is now closed to the public because of work to rebuild its structures but it is possible to climb safely to access to the chapel of Saint Michel and its calvary located at the top.

From there, you can enjoy the exceptional view of the bay of Quiberon and its islands.

Hiking in Carnac: the circuit of the alignments

Hikers friends, you will find at near the tumulus, a footpath that will take you to other sites megaliths: alignments of Kermario and Menec.

This 8-kilometers circuit is very accessible and the departure is from the city center of Carnac.

You can park near the Tourist Office and the Museum of Prehistory and get some information before starting your ride! 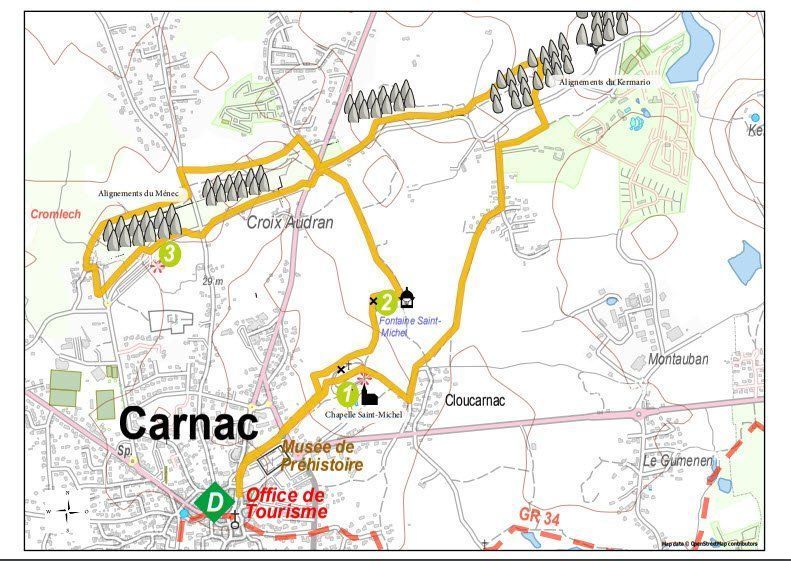 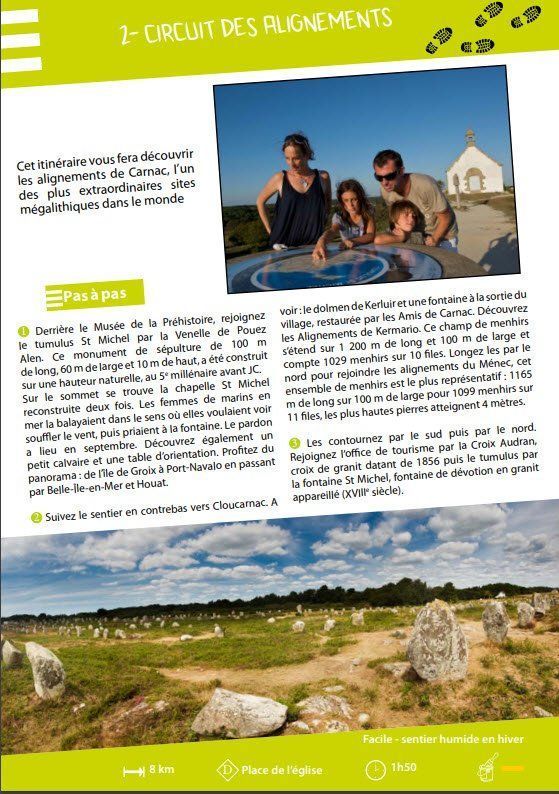